A BIG shout out to all the lalbaugcha Raja Fans!! TaskMitra now helps you get closer to the lord with the Up Close with #LalbaugchaRaja contest. Participate and stand a chance to WIN and do a charan sparsh with an exclusive darshan of Lalbaugcha Raja, where we help you beat the long queues!

Just follow these simple step and who knows… YOU could be the lucky one!

The contest ends on 22nd Sept 2015. So drench yourself in devotion this #GaneshChaturthi and leave all your Tasks to TaskMitra!

Get Tasks Done This Ganesh Chaturthi 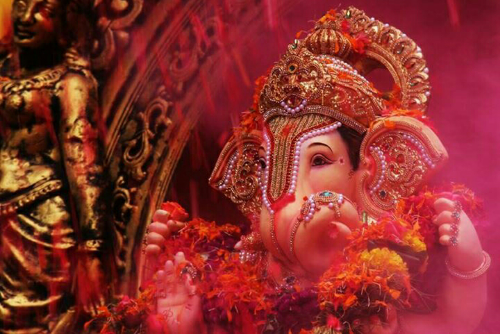 With Ganesh Chaturthi being right around the corner, it’s time for all the devotees to get into the prepping up mode, isn’t it? Whether you bring in the Lord home for 2 days or 11 days, we at TaskMitra know exactly how taxing things can get!

Right from choosing a Ganpati idol until the Visarjan ceremony, there’s a lot of hustle and bustle that one goes through to please the Lord of Wisdom and Prosperity.

But this Ganesh Chaturthi − TaskMitra makes your life a lot simpler, as you can outsource your Tasks (anything you need) in under a minute and receive offers from skilled and verified people to help you complete them at friendly prices.

Here are some of the things you can get done.

We’re here for you!

Pictures of at least five different Gods, Bhajan playing in the background, lemon-chilly and brain-killing agarbatti (incense sticks) that is strong enough to faint the Hulk. You know what we’re talking about, right?

When your cab moves slower than a turtle…Bail Gaadi Alert!!

This is a new kid in town who says “Bata dena kaise jaana hai AFTER he says he knows the way”.

You’re going to have to speak his language which consists of just mumbles because his mouth is full of paan gak… They hunt for panwadis and take regular pan halts which can be annoying. You might not find a first aid box but you’ll definitely find a pan box in the glove compartment and when he’s done, he can paint the road red while he drives cause the entire world is his spittoon.

You better be insured! These guys are far more skilled than the Schumachers & Hamiltons when it comes to swinging and swerving their cabs around Bombay.

Sneaking glances from the rearview mirror every 5 seconds until he realises you know what he was doing.

He thinks he’s the jack of all trades but really just the master of his taxi.

Whether it’s a cycle a truck or anything in between, come too close and all kinds of abuses fly out of his mouth because he thinks he owns the roads. Need be he is ready to street fight too.

Bright red, blue, green LEDs and all other types of blinking lights everywhere. He’s probably driving around in his own 90’s disco.

You’ll know it when you feel like you’re sitting on a trampoline.

Won’t allow you to enter from the right side. Wet umbrellas, windcheater, drenched customers, Food, Smoking, etc are a big no no! He has more rules about his cab than our constitution!

These are the ones who do not want to take you nowhere! Whether you want to go 1 km or 100, he is not gonna take you! He’s probably waiting for an Interstellar trip.

We know that Mumbai is a city which is always on the move and with the unexpected Taxi strike in the city today, we want you to keep moving.

We thought of mitigating this problem by bringing in a spirit of collaborative consumption amongst the TaskMitra community. And so we’ve come up with a trending category called #TaxiStrike=CARPOOLING” where it’s easy for you to broadcast your pick up and drop location and connect with someone who will be a true Mitra in your need.

We’re here for you!